Twin Valleys Roller Derby was founded in 2017 as a fusion of Star City Roller Girls and New River Valley Roller Derby. In August of 2006, the Star City Roller girls was founded by Maureen O’Havok (a.k.a. Siobhan Haines). The team made its competitive debut in July 2007 against the Richmond Derby Demons. New River Valley Roller Girls was founded February 22, 2007 by Speed Junkie.  NRV Roller Girls were accepted as full members of the Women’s Flat Track Derby Association (WFTDA) in December of 2011.

The new, combined team, Twin Valleys Roller Derby (TVRD)  exists to provide education to the people of the Southwest Virginia who would like to participate in and learn about the challenging and exciting sport of roller derby.  TVRD is committed to giving back to skaters and the community.  The league participates in community service and philanthropic initiatives to give back to the area that supports us.  We also strive to empower all individuals who participate to achieve a positive self-image and to increase their physical conditioning. Twin Valleys is made up of 33 active skaters of all ages, backgrounds, shapes, sizes and abilities.  By joining forces, both teams grew bigger and stronger and represent Southwest Virginia's premier roller derby league.

Roller derby dates back at least to the 1920s, when the sport consisted of multi-day skate races that focused more on endurance than physical contact. The modern version started to take shape in 1935, when Chicago promoter Leo Seltzer and sportswriter Damon Runyon emphasized the physical contact aspect of the sport.

Roller derby remained popular for several decades, getting heavy airplay on both radio and television. The sport was focused around nationally popular stars like Ann Calvello and Joanie Weston, but in many ways it more closely resembled professional wrestling – with planned “spots” and pre-determined outcomes – than it does today’s roller derby.

The new wave of roller derby leagues started only in the last several years, sparked largely by the formation of an all-female league in Texas in 2001. Amateur enthusiasts with a DIY (do it yourself!) ethic from around the world responded and started forming teams. The Women’s Flat Track Derby Association (WFTDA) started in 2004.

To learn more about how derby works: https://medium.com/@frogmouth_inc/how-to-watch-roller-derby-668681fef485

The Women’s Flat Track Derby Association is the international governing body for the sport of women’s flat track roller derby and a membership organization for leagues to collaborate and network. WFTDA currently ranks TVRD 171 worldwide as of July 2018!
Learn more at https://wftda.com/ 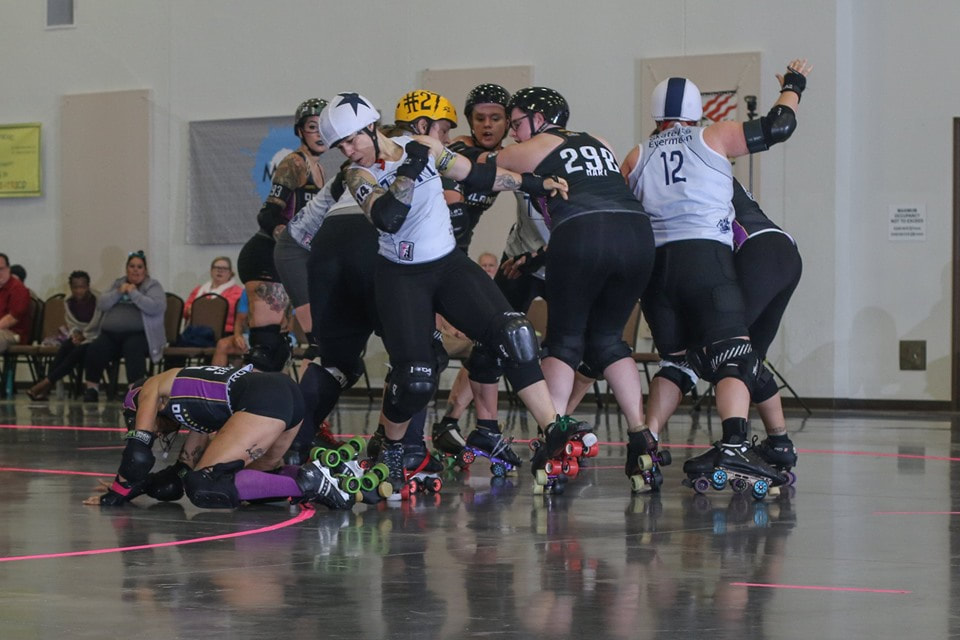