Welcome to our Blog!

Welcome to the TVRD Blog!

POST #8: October 28, 2018
TVRD will host a double header at the Berglund Center for our LAST bout of the season!
Don't miss the last bout of the season as Twin Valleys Roller Derby takes on Rail City Rollers, Salem, VA and The Virginia All Stars take on "The World".
This will be an epic battle of the Valleys and the All Star bout is sure to keep you on the edge of your seat as players from all over the eastern U.S. come to take on Virginia's BEST!
Door open at 4 and TVRD vs Rail City bout starts at 5:00. The VA All Star vs The World will begin around 7:00.
Tickets are $12.00 at the Berglund Center Box Office and kids 10 and under are free! 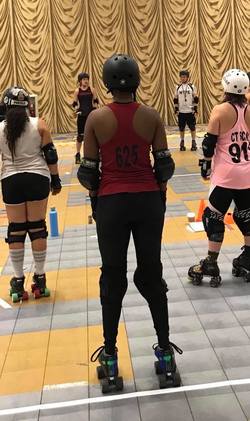 "The word I would use to describe RollerCon would be overwhelming, especially for a skater going for their first time. The organizers of RollerCon cram a few thousand skaters into a Las Vegas resort and turn it into a derby player's wonderland for 5 days. If you want to learn, there are dozens of classes being held every day about everything you could want and about things you probably didn't know you wanted. Classes on skating, jamming, blocking, dancing, showboating, napping, coaching, confidence - just to name a few. If you want to play derby there are at 3 tracks available for open scrimmages, fun themed bouts and tournaments all day long. An indoor skate park and all of the vendors! If there is something you want to buy that is derby related, odds are you can find it there.

It's a trip that I would recommend that everyone who loves derby try to make at least once. I honestly want to go back every year. It was like Disney World for adults (there was a lot more nudity than I expected!). There were parties every night except for the first and the last, and though it was tempting to go crazy every night, and I had people encouraging me to do so, I wanted to stay sober enough to be able to absorb everything that I could. I skated for a total of 6 hours on one day and felt terrible the next, but I wouldn't trade it for the world. I got to scrimmage with skaters on division one teams and didn't even realize it until we socialized after the game. My favorite thing about the convention overall would have to be the people. I made so many new friends and the people I spent my time with and skated with were some of the most uplifting and encouraging humans I've had the pleasure of knowing. In conclusion, RollerCon is an experience unlike any other, and if you have the ability to go, you totally should."

For more info on RollerCon, check out the Facebook page: https://www.facebook.com/RollerCon/

POST #3: July 22, 2018
TVRD is STOKED to announce we've got another home bout coming up!
​
Twin Valleys meet the Greenville Derby Dames in Roanoke for an exciting bout at the Berglund Center! Come cheer on our players as they excel on the track. An exciting, fast paced and family friendly event you don't want to miss!

Doors open at 6. Game starts at 7! Children 10 and under are free! You can purchase a pre-sale ticket from TVRD for $10 or from the Roanoke Civic Center Box Office the day of the event for $12. 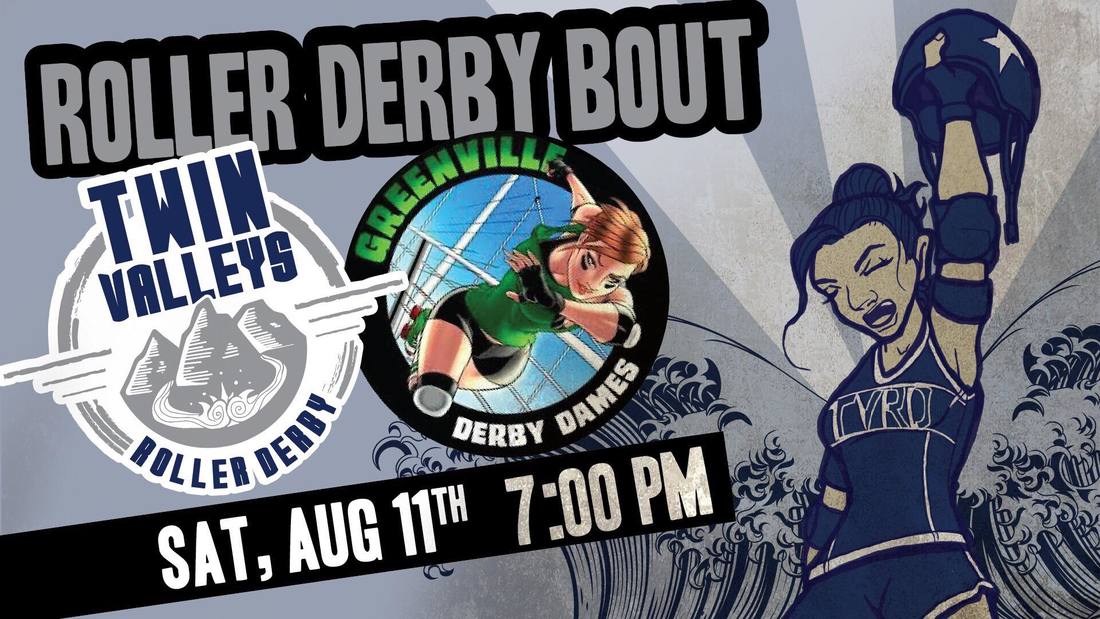 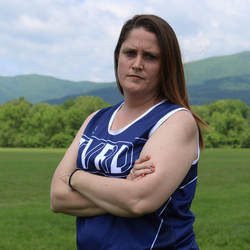 Psycho-Jaweeya was nominated as TVRD's June Skater of the Month. Psycho is an Assistant Coach.

​"Ok so my story: I played sports all my life including in college. As an adult in SW Virginia I found it hard to find adult level sports that were competitive and not just social groups. I was at work one day and a friend of mine went to school with Speed Junkie and gave me her number to hit her up about roller derby. I haven't been able to shake Junkie yet hahaha. I went and saw my first bout that weekend and attended my first practice a week later. I was hooked from the start. It was powerful, hard hitting, and competitive, all the things I love. Plus it was full of strong, confident people, which is always good company. I played with my first league, New River Valley Roller Girls, until we lost our venue about 3 years ago. I have also been a member of the VA All-Stars for 4 years. NRV started practicing in Roanoke with the Star City Roller Girls, once we lost our venue. They were experiencing a sort of re-build themselves, so talks of a merger commenced. I was on the BOD that saw the merge to it's completion and we haven't looked back since. There were a few growing pains, as with all things when you are trying to bring two different groups together, but I would say it is the best decision either team could have made. We are now a bigger, stronger, better team overall. I can honestly say I have never worked harder on anything in my life than I have in derby, on this merge, and on this new team. My teammates are amazing skaters, and people and I would not want to spend my free time any where else in the world than with TVRD. We challenge and support each other every time we step on the track. My hopes for the future of TVRD is to keep pushing and working hard to be the best team we can be and kick all the booty in the meantime. TVRD ONETEAMONEGOAL!!!"

The new, combined team, Twin Valleys Roller Derby (TVRD)  exists to provide education to the people of the Southwest Virginia who would like to participate in and learn about the challenging and exciting sport of roller derby.  TVRD is committed to giving back to skaters and the community.  The league participates in community service and philanthropic initiatives to give back to the area that supports us.  We also strive to empower all individuals who participate to achieve a positive self-image and to increase their physical conditioning. Twin Valleys is made up of 33 active skaters of all ages, backgrounds, shapes, sizes and abilities.  By joining forces, both teams grew bigger and stronger and represent Southwest Virginia's premier roller derby league.

Check back in on our blog frequently to hear from coaches, players and volunteers!